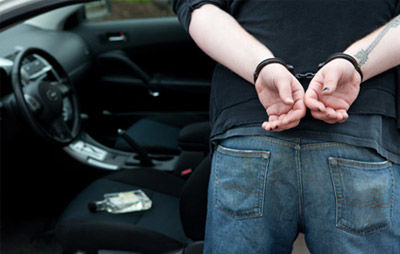 Contact a North Carolina DUI lawyer at Twiford Law Group, PC if you've been arrested for an alcohol-related motor vehicle offense. Our attorneys provide the expertise you need and may even be able to help you avoid a court appearance.

What you need to know about DWI/DUI In North Carolina

Elements of the Offense
To be found guilty, the prosecuting attorney must prove beyond a reasonable doubt:

Aggravating factors are especially negative factors. Some aggravating factors include a very high breathalyzer reading of .16 or more, especially reckless driving, a bad traffic record that consists of at least two tickets in the past 5 years that resulted in 3 points or more on your DMV record, alluding arrest, property damage, speeding in excess of 30 mph or being uncooperative with the police officer, etc. When you blow 0.16 or higher on the Breathalyzer, then you will be required to have a ignition interlock system installed in your vehicle at a cost of several hundred dollars and a monthly monitoring fee.

Revocation of your Driver's License
A DWI charge in North Carolina requires an immediate thirty (30) day revocation of your driving privilege-just for being charged. After ten (10) days from the date of the arrest, a Pre-Trial Limited Privilege may be obtained in certain circumstances. We can assist you in navigating the complicated process of obtaining a limited driving privilege, assuming you qualify. Please contact our office for more information.

What are a few examples of where courts have found sufficient evidence to sustain a conviction, even when the accused did not register (blow) a .08 or higher?

These scenarios are real-life examples of why, if charged with a DWI, you need the skilled representation of an attorney from The Twiford Law Firm, P.C.

When calling to speak with an attorney, here are a few questions you should be prepared to answer:

Learn more about our North Carolina traffic and DWI defense attorney services or call for an immediate consultation: (800) 395-4151. With offices in Elizabeth City and Moyock, we fight for our clients in the Outer Banks.

In regards to Covid-19,  We are reviewing the best guidelines for our city and state for how

we should conduct business and plan to update this message as soon as we can.

Please call our office(s) to get learn how we are engaging with current clients and new at this time.